Can businesses learn from the creative process of making an album?

Last night I listened to an interesting interview with Arcade Fire on Radio 1. One element I picked out was when the band said “We worked hard to get the album as good as it can be”. The interview also mentioned the large number of people involved in the creative to making an album.

This got me thinking I often have projects delayed due to lots of re-reads and then minuscule tweaks, a word here, a word there and then another round of reviews and then one image change, etc. This process slows down production and then delays starting the marketing campaign and hopefully the awareness or lead generation that it will go on to create.

Most of the projects I work on have a number of people involved, not unlike the creation of an album. You will have the person creating the collateral or the campaign and this is like the band, but you then have a number of other people who are looking at things from a different point of view, critiquing the work as it goes along, wanting to make changes here and changes there. But with all of these people involved, no album will be perfect and neither will any campaign or piece of collateral produced.

At this point I should stress that I fully encourage reviews and I have worked on a number of items that I am extremely proud of. But I wouldn’t class any of them as perfect, I could always have done this better or that better. Therefore, businesses need to be brave and need to know when their campaign is as good as it can be and then launch with it. I often feel that opportunities are missed by waiting too long looking for perfection.

Go on, have one last look at the Christmas Tree

The Marketing Guy were really pleased to design a website and run three social channels for Oldham Parish Church to enable them to run a virtual Christmas Tree Festival. 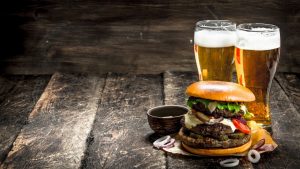 How to nail marketing by BrewDog and ALDI

Do You Want To Boost Your Business?

For the all-rounder who devises the plan and controls the moving parts, there’s me, the Manager.